The Schnanner Gorge is an incredibly impressive natural monument, formed by waters of the Schnanner Creek in the millennium after the Ice Age in the Dolomites at the foot of the Lech alley Alps above Schnann. Behind the rock face, through which the river has eaten, the mountains open up to reveal a wide basin which houses the Vordersee Lake and Alperschon.

„We saw them standing in the creek, that gushes down the mountain in a brown torrent. It tumbles out of a gorge above the village, spewing out of a black abyss. Stones thunder down to its bed, while trees are carried, their roots spread out like dark hair“, is how the great Tyrolean poet, Josef Leitgeb, describes his impressions of the Schnanner Creek during a summer break in 1907. 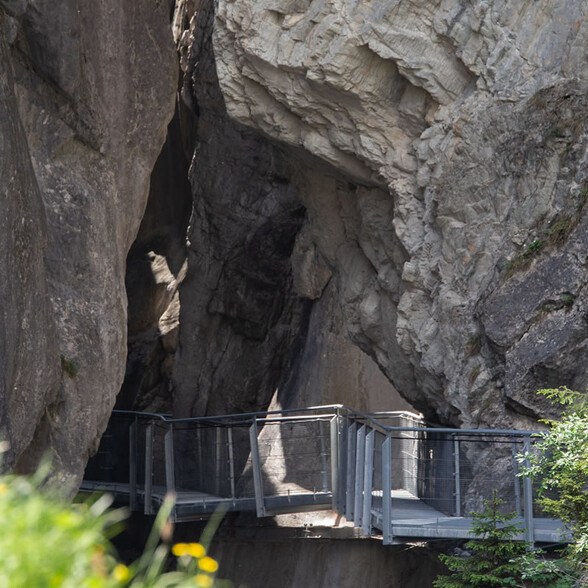 The rock face at the entrance to this basin offers the village natural protection against landslides and avalanches. This natural protection, however, does not always suffice. After extremely heavy hailstorms, vast masses of gravel are stirred up and transported by the Schnanner Creek downstream, before being deposited on the houses next to the river and down to Obergeschoß. On other occasions, avalanches thunder down towards the valley with such force that the snow is squashed through the narrow gorge and has ripped the bridge out from its bridgeheads.

Before two sediment dams were built above the gorge in the 1930’s, avalanche snow would dam up behind the gorge – often to the height where the gorge opens up to gently rising slopes. Two boys standing on the avalanche snow have marked the spot and written the date and their initials on the rock.

The Path through the Gorge

The path through the gorge was particularly troublesome for those reliant on the mountain pastures behind the gorge and workers on the alpine farms at Alperschon. At the bottom of the Schnanner Gorge, a narrow strip was wrested from the creek and used by the farmers as a route to herd their cattle up and down, as well as for transporting hay and timber supplies. A massive landslide destroyed the bed of the gorge in 1990, leaving it impassable for 5 years. During this time (1990 to 1995) a path was built through a tunnel along the left wall of the gorge until the first barrier. Even with the technology available today, breaking through to build the Cäcilia Tunnel and constructing a functional barrier posed major problems. Whilst blasting the tunnel portals, stones flew into a residential area causing extensive material damages. During a landslide in 2005, the culverts (openings) in the dam wall were too large, resulting in several thousand cubic metres of fine debris spilling through which buried the houses next to the Schnanner Creek up to their top floors. A newly installed construction now offers more safety and a retractable bridge through the gorge is an attraction for hikers and nature lovers.

Walkers can see the Schnanner Gorge through the steel grating of the bridge and down to the thundering Schnanner Creek, to whom the gorge bed solely belongs since 1990. It is hard to believe that the Grinner farmers, owners of the alpine farm at Alperschon, used to herd their cattle (around 60 cows and 40 head of young cattle) through the gorge and up to their summer grazing grounds every year in June, and back down to the valley again at the end of September.

At the end of July and again in autumn, the dairy produce (butter and cheese) had to be carried on the farmer’s backs up to Alperschonjoch. From there, it was transferred to summer sleds (Aperli) and transported through the gorge and back down to the valley. Hay transporters also had no other alternative than to make their arduous way through the gorge to collect hay gathered from the mountain meadows in summer for use in winter.

The wild waters which flow continuously from the gorge were harnessed in early years by the Schnann folk and used to power grain and saw mills. The cowbell maker also set up shop close to the Schnanner Creek. After the Schnanner farmers tried in vain to acquire the Alpe Rauz on Arlberg, they decided instead to invest their money in a 27 kW DC power plant. A good decision, managed by the leader of their faction, Johann Josef Scherl, which covered the electricity demands of the village for many years.

This pressure pipe was used at the same time to supply residents with drinking water. The drinking water supply, however, was not ideal and after avalanches or storms the Schnanner folk often had to fetch their drink water from the Rosanna or water “gullies”. It was not until 1969 that Schann Mayor, Gottfried Kerber, was able to connect Schnann’s water network with Pettnau’s supply. Responsibility for the power plant has since been assumed by TIWAG (Tiroler Wasserkraft AG). The cowbell maker, who has been using the waters of Schnanner Creek to power his belt drive for over 300 years, now has his own very efficient mini power plant. 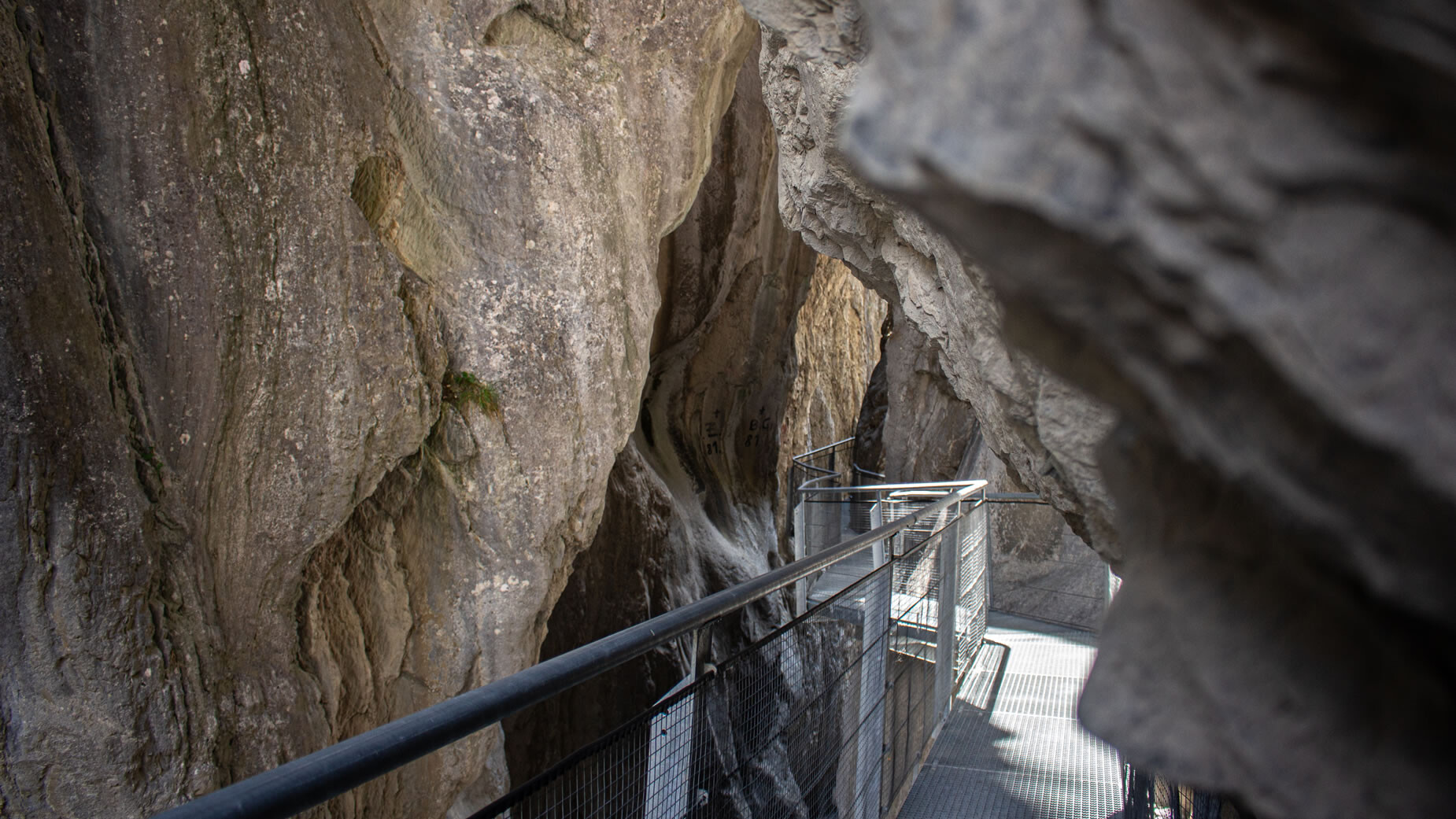