„Schnann, the golden city!“ called out the conductor, as he welcomed the approaching „Zigglbrunna“ passenger train with an elegant wave from the guard’s house. Calling out the name of the station was customary in those days. „Golden City“, however, may have been a somewhat cheeky exaggeration by the ticket collector. Not entirely without reason, as Stanzertal was party to the following events and mitigating circumstances:

In March 1944, the German Armed Forces also occupied Hungary. On 3rd November 1944, the Nazi tolerated Hungarian government decreed that all Jewish property was “Property of the Nation“. On 23rd December 1944, members of the “Pfeilkreuzler – Arrow Cross Party”, Hungarian Nazis, loaded some of these looted assets onto 44 railway wagons, with the intention of heading west and away from the advancing Russians. The train got stuck for three months in Sopron, before stopping again in Werfen near Badgastein where it was eventually seized by the Americans on 11th May 1945. Commander of the Arrow Cross troops, Police Captain Arpad Toldi, succeeded in leaving the train earlier with 70 crates, and the intention of reaching Switzerland. Some of the Nazi gold was loaded onto trucks in Hopfgarten and eventually ended up in the Stanzertal Valley, where over 40 crates were hidden in Flirsch, Schnann and St. Anton. One Arrow Cross troop remained as an observer in each village. In Schann it was a man named Viktor, who worked as a farm hand. During clearance work in a field near the small „Seelenzoll“ Chapel between Schnann and Flirsch, eight crates of this „golden treasure“ were found. They contained gold bars, jewellery, precious stones and watches, but also gold fillings and bloodstained gold rings, which obviously had come from concentration camps. Reports of the trial against 21 persons involved in this case were published in the Tiroler Tageszeitung Newspaper on 26th September 1946. Because the finders made themselves conspicuous by excessively flaunting their sudden wealth, they were reported to the French authorities in June 1946.

In later years, the incident was referred to as the “Hungarian Crown Jewels“. It wasn’t until 1995 and investigations by a Viennese documentary maker on the „Schnanner gold treasure“ began, that the story received a proper historical dimension. The film „Die Goldene Stadt – The Golden City“ by Norbert Prettenthaler and Herbert Tucmandl premiered in Pettnau in February 1997.

The documentary included eye witness accounts from the people of Schnann, Pettneu and Flirsch. The play „Seelenzoll“ (Souls Customs and Duties) by Stefan Hellbert and performed by Pettneu Theatre Group (Chairman Albert Korber, directed by Bernhard Jordan) gave a literary version to the „Schnanner Gold Story“. Open air performances of the play in 2008 and 2009 at the  „Wegmachers Haus in Usserloch“, attracted attention from all over Tyrol. 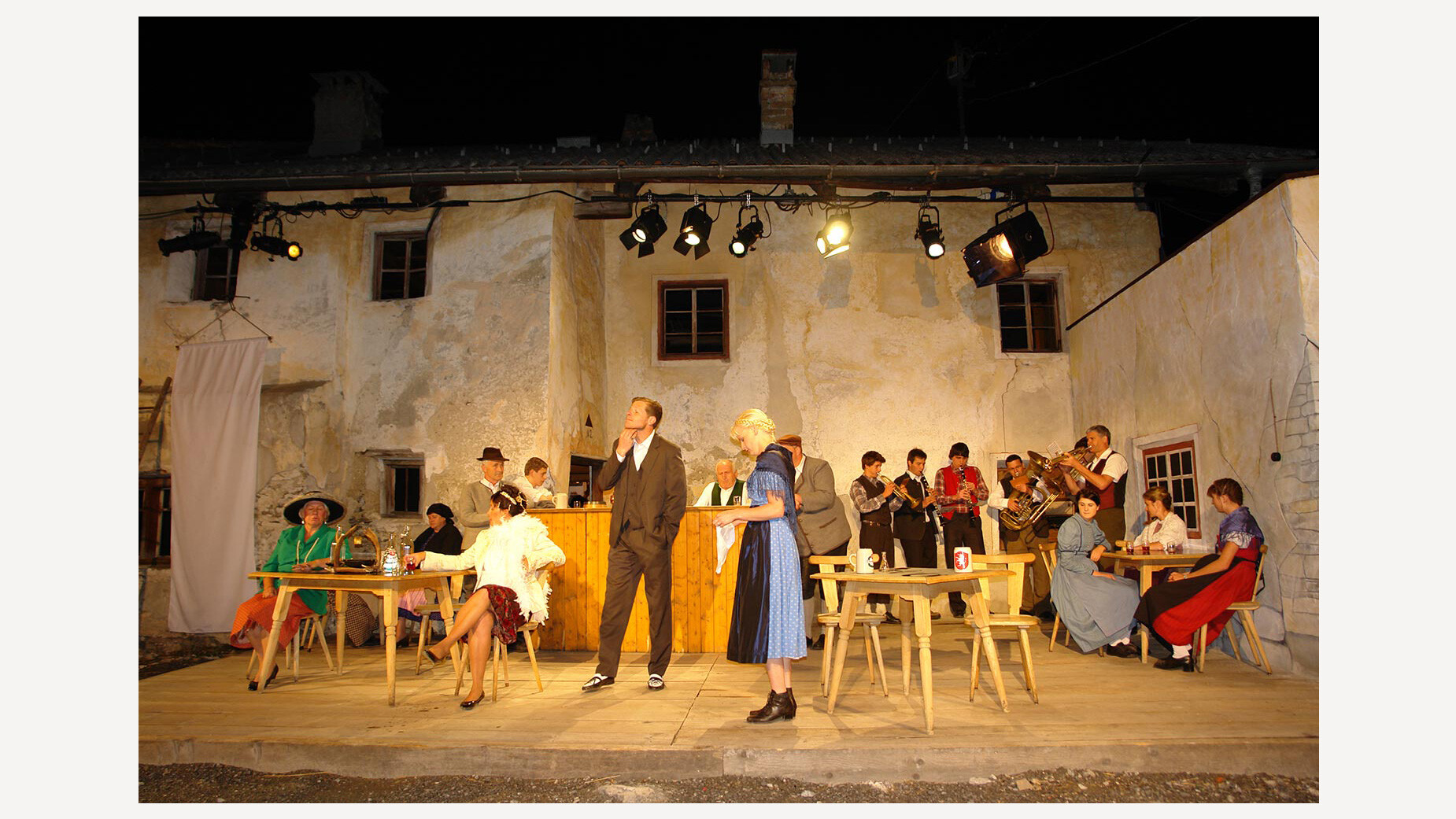