So much has already been written and told about me, Josef Munggenast, that I feel compelled to put some of these claims into perspective, as is good and befitting of a master builder.

I was born here in Schann on the 5th March 1680, as son of Severin Munggenast and Juliane Munggenast, née Wolf. My paternal grandmother was Catharina Prandtauer from Stanz, and aunt to my great role model and mentor, Jakob Prandtauer. After his death in 1727, I took over his master building business in St. Pölten. My „cousin’s“ clients knew of and appreciated my organisational and technical skills. I was allowed to design parts of Melk Abbey (north wing, library and balconies), Sonntagberg Church of Pilgrimage, Herzogenburg Priory and Propstei St. Pölten. The garden pavilion at Melk Abbey was built according to plans drawn up by my son, Franz, in 1748.

I worked readily and often with the great masters of my time, including Matthias Steinl and Hildebrandt, whose surface decorative designs I gave a three dimensional touch. My designs were used for the „Stone towers“ of Dürnstein and Zwettl monasteries – two buildings of historic importance. Some of my late late baroque achievements include the gated pavilion at Geras Monastery 1736 - 40, St. Pölten Prelature 1739, the gatehouse at the north entrance of Herzogenburg Priory and an architectural solution for rebuilding Altenburg Abbey 1730 - 40 (all in Lower Austria).

In the Gothic nave churches of Altenburg and Herzogenburg, I added domes to all the main and side naves, which excellent painter, namely Paul Troger, adorned with scenes from the baroque international theatre. I also built farmsteads and town houses (St. Pölten, Retz) as well as roads, bridges, water and land fortifications. If I were to brag about my name, I should also give a favourable mention to my family. Both my sons, Franz and Mathias, have continued what I started in Melk and St. Pölten. My brother Sigismund moved to Echternach in Luxembourg, where he worked as a master builder. His son Paul became one of Luxembourg’s most renowned architects in the 18th Century. The Mongenasts (the surname which Paul assumed) were a powerful family in Luxembourg, producing the Chief Justice and finance minister, who was in office from 1882 to 1915. 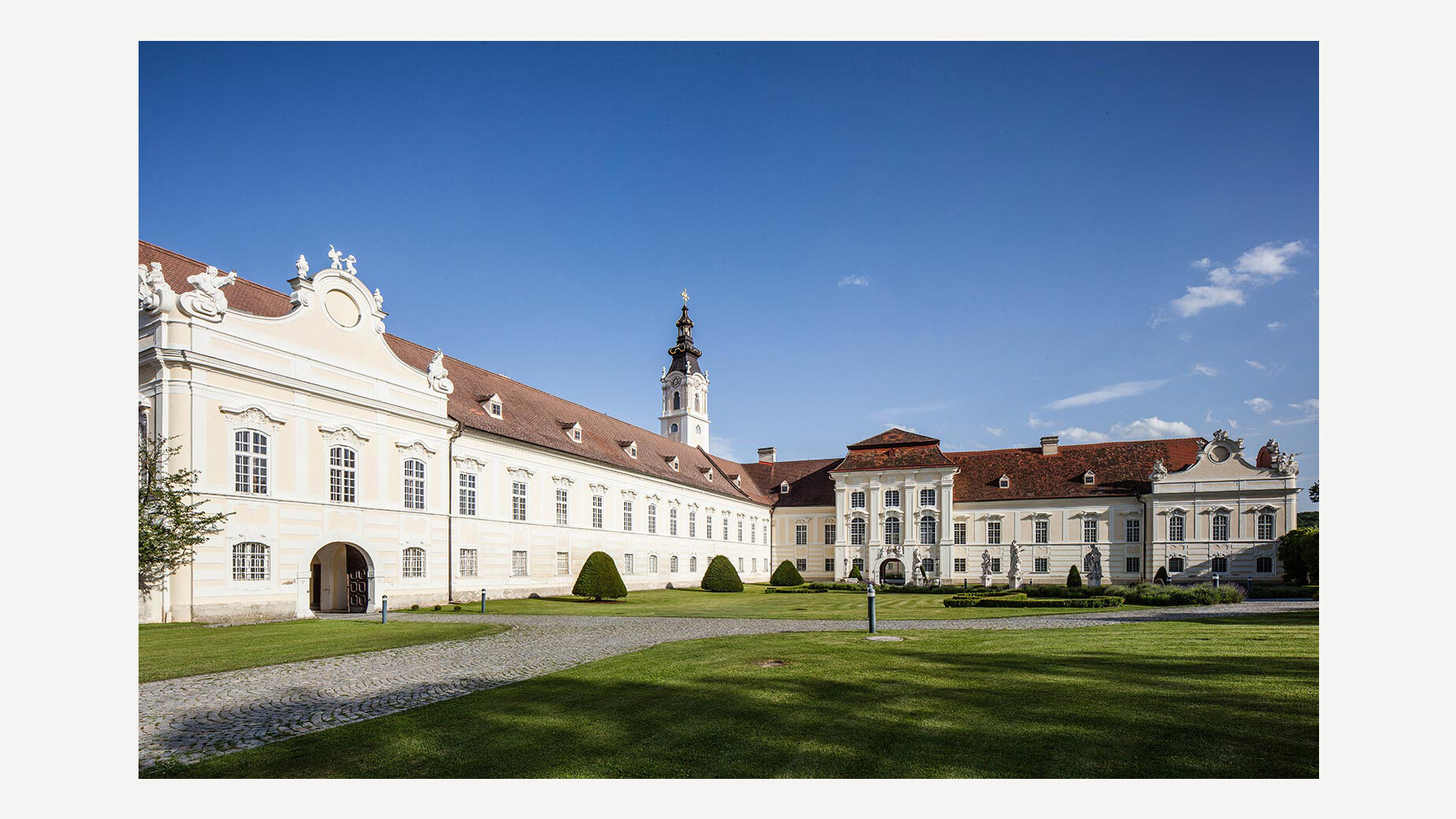