“It is quiet here! Of course there are stories of magic, those are just tales for the children. In all my years I never saw anything to make me believe them... Most of the villagers got on well together and a friendly community thrived.” - P. Muhrnen

“The strangest thing I ever heard was the tale about a cult-like group who believed magic was real! It is said they took part in a ritual to bring luck to the villagers and keep the seasons in balance, life can be tough. That which was known about the old ritual and its scripture is lost now, maybe someone wanted to keep it a secret..” - S. Huber

“One member of the group was last seen near the local carpenter workshop, an old barn near the center of town, which used to be a cow shed. Not much else is known about the disappearance of the group, it is possible they travelled to a nearby city such as innsbruck looking for work, was that what happened? Did they really leave? It seems unlikely that they left and never came back… That is what has become the accepted story however.. ” - N. Breth

In 1974 four people went missing from Pettneu am Arlberg. Years later new evidence has come to light regarding the story of the ‘vanished’... or so it’s called...

Believing the evidence is nothing more than an elaborate hoax, and with state elections approaching, there cannot be any conspiracies. The authorities want it wrapped up, they have elected a small team to investigate the carpenters workshop, to eliminate the rumours surrounding this strange ritual, before the case is closed for good.

10% discount with the premium card 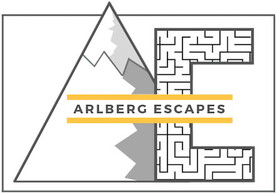