Origins of Pasture and Village Names

During a Tyrol-wide project, the Romanesque Institute at the University of Innsbruck researched the origins of the village and alpine pasture names, the findings of which were published in a book in 2004. From this we may deduce that the oldest historical reference to the name Schann dates back to the year 1275 (written as Schnaenne). Researchers suggest the name is derived from the Roman word čenane, which translates to evening pasture.

Many documents from the late Middle Ages that include village and pasture names from the Stanzertal Valley, were written to establish regulations for the mountain pasture farming and still apply, in modified form, to this day. As early as the 13th Century, the land was divided to such an extent that the landlords were able to specify whether the grazing pastures were to be used for dairy cows, young animals or bulls and the income thereof. The farmers also knew how many heads of cattle could be herded up to these pastures in summer. In order to achieve fair distribution of the grazing pastures, the grazing areas on the valley floor and cattle pastures were used as common grazing lands under a tithe (village), the dairy cattle grazing pastures were allocated every 25 to 30 years, to which a tithe also applied. Lots were drawn amongst the farmers of tithes for the meadows every 5 years.

Rotating use of the mountain grazing and dairy pastures proved eventually to be unsatisfactory. For this reason , it was decided at the end of the 18th Century to hand ownership of these mountain meadows, known to this day as „Gmand“, to the farmers. The pastures used for dairy cattle were assigned in 1869 to communities / factions, whereby landowners were granted rights of use.

If several farmers expressed interest in using the same grazing pastures, lots were drawn amongst the interested parties. Today, at the beginning of the 21st Century, the Alpe Ganatsch alpine pastures are managed by Schnanner farmers.

The Alpe Alperschon falls under the responsibility of Grins. Almost forgotten are the times when the mountain pastures in the gorge and the so-called lake pastures around the Vorder and Hintersee Lakes were also used for grazing. 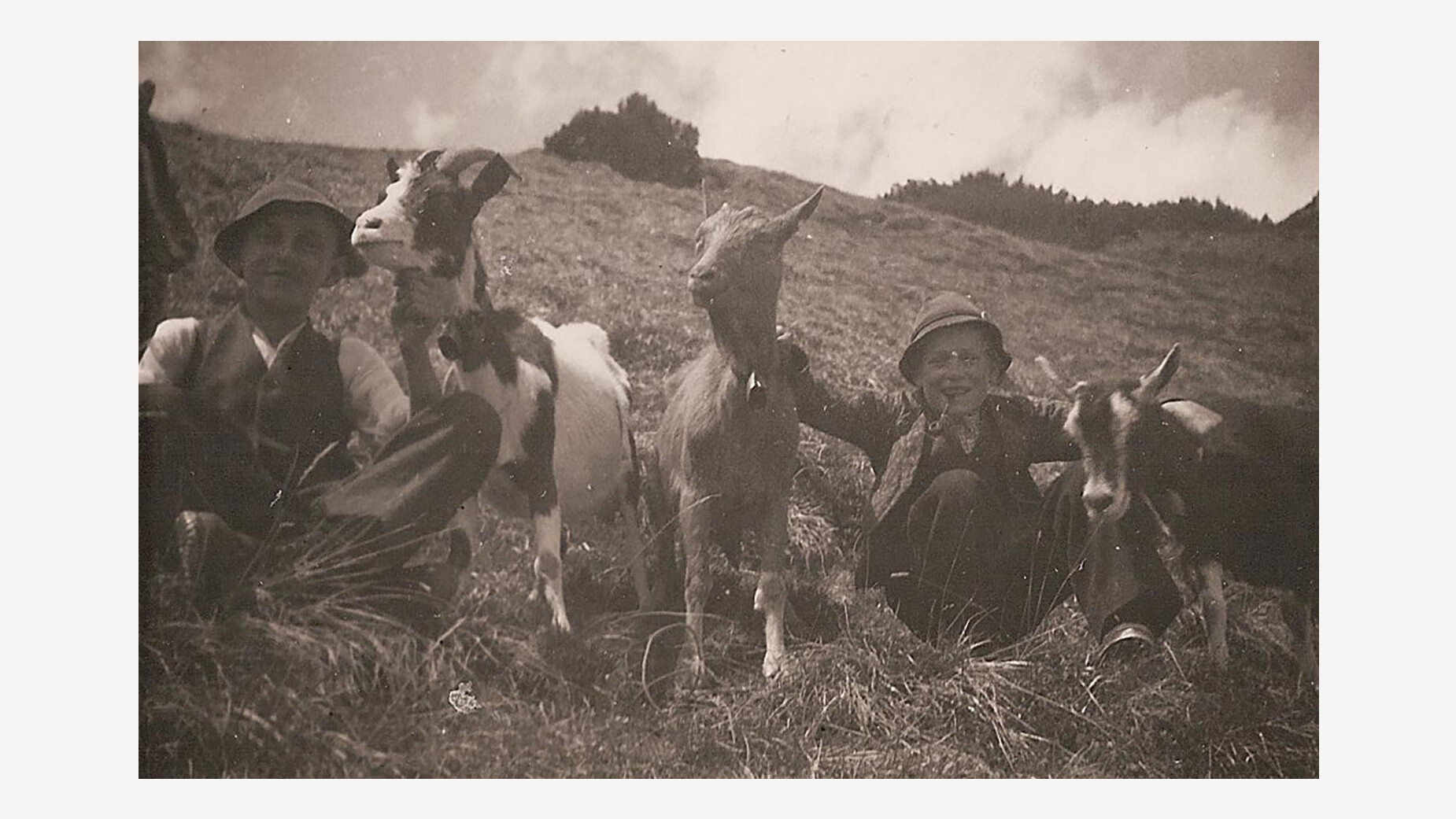